Due to my ever growing need to find new, exciting things for my kids to do, I  signed them up for a farm class at Superstition Farm.  It turned out to be really fun!  It was one day a week for two weeks.  The kids had a great teacher named Melrose that Justin affectionately called "Miss Rose."  They learned about all sorts of animals and how a dairy farm works.  It was very hands on with lots of animals to feed, pet and groom. 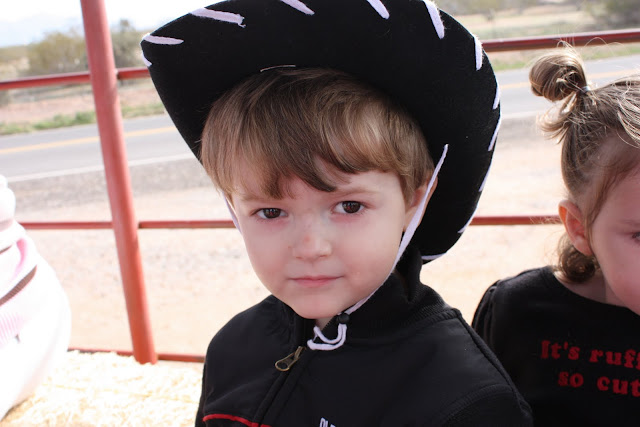 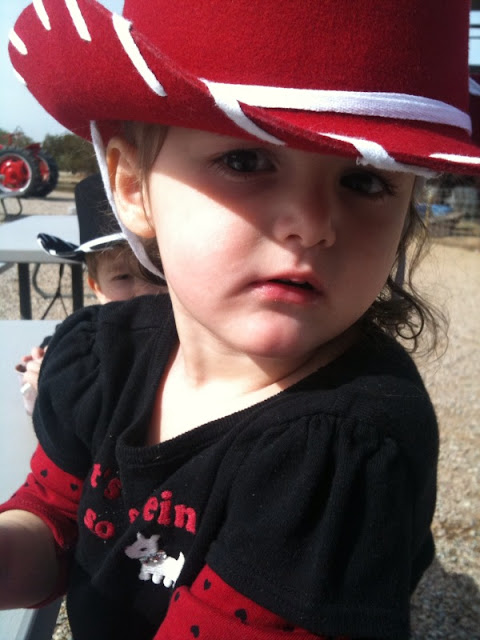 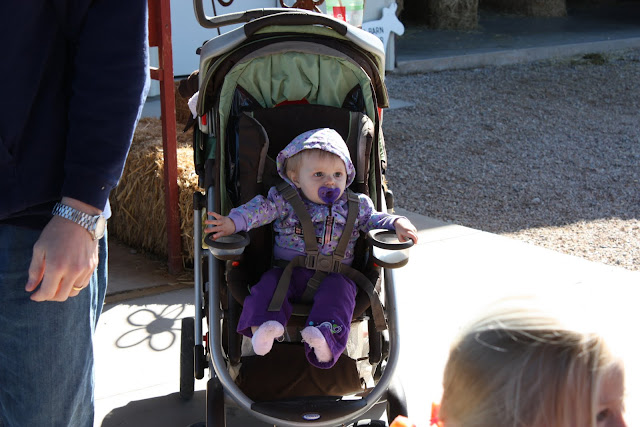 The Patient Observor
The animals: 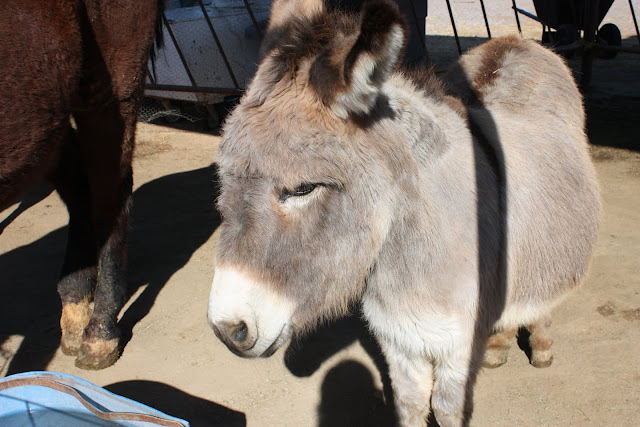 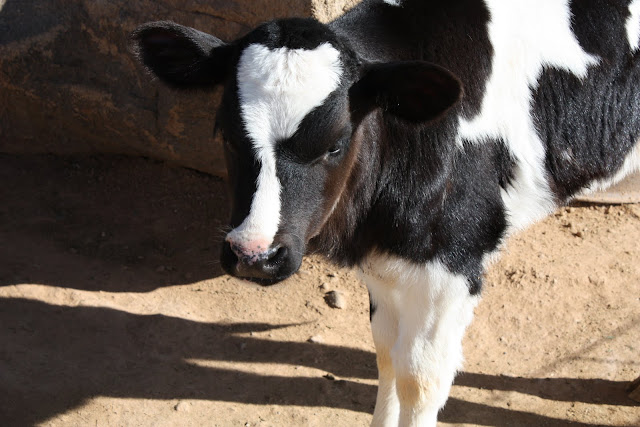 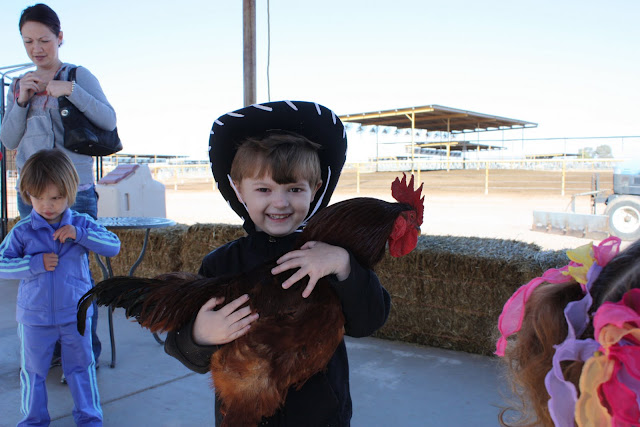 Justin was overjoyed to hold "Roger the Rooster" 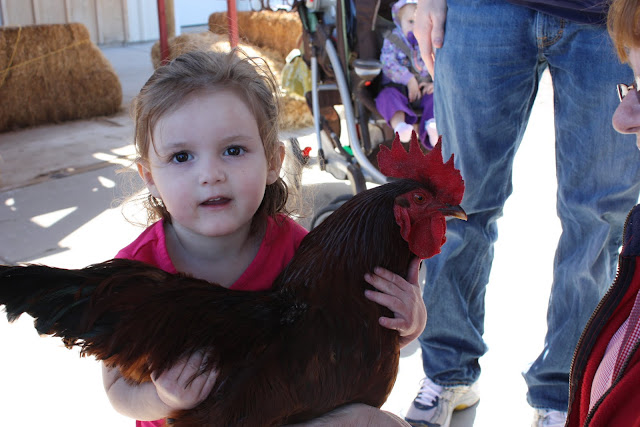 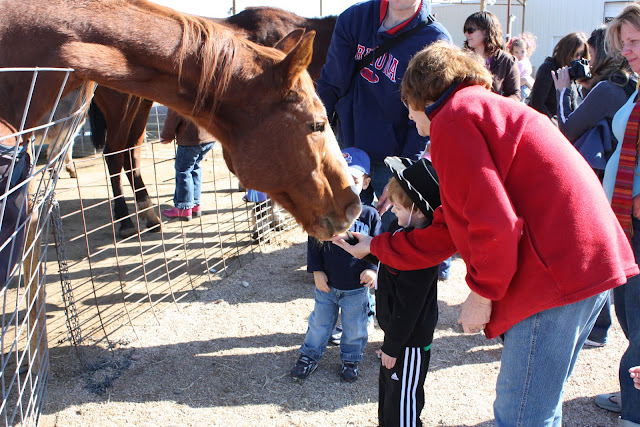 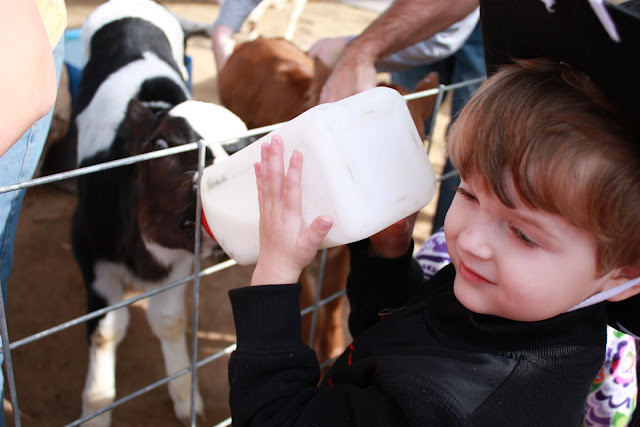 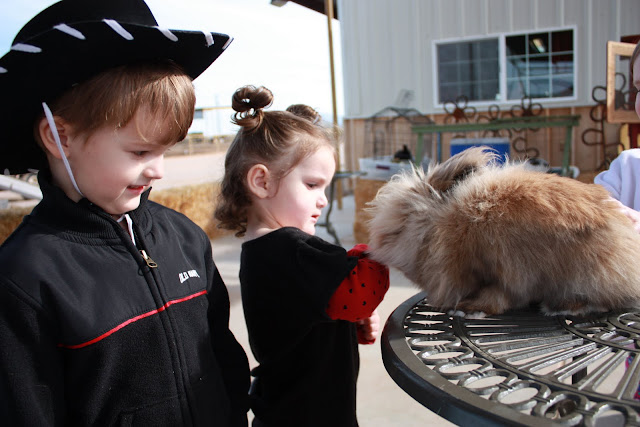 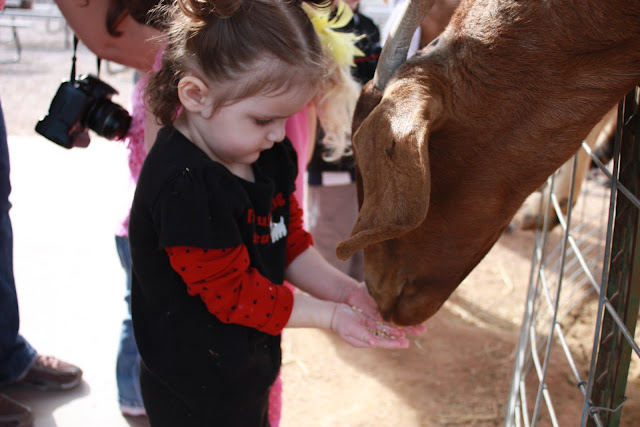 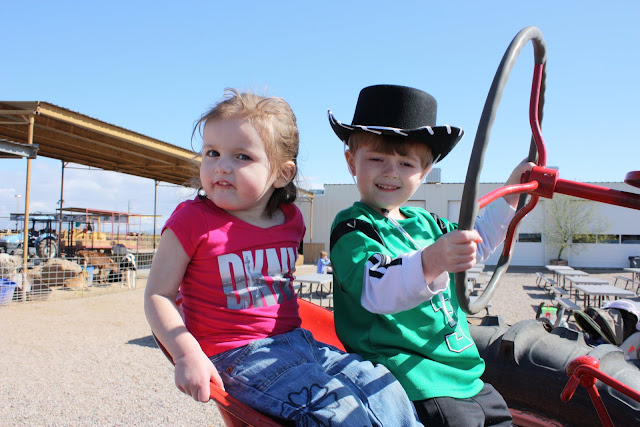 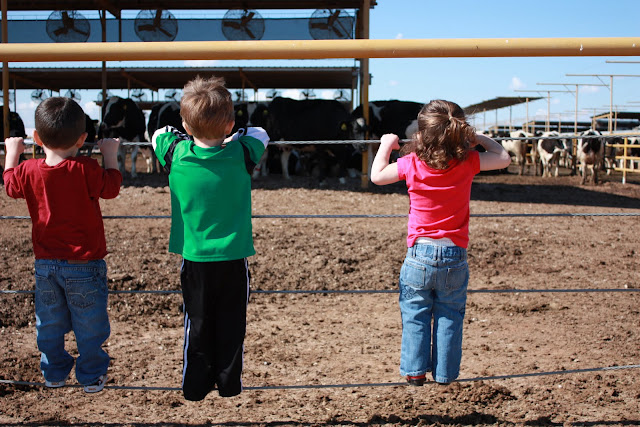 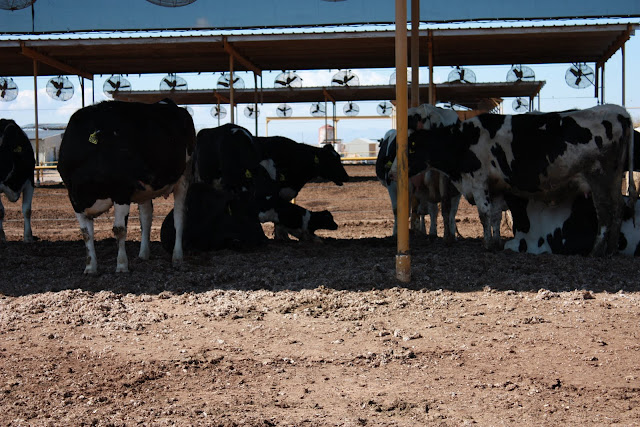 We just barely missed a calf being born but we were there for its first steps!  See it in the middle? 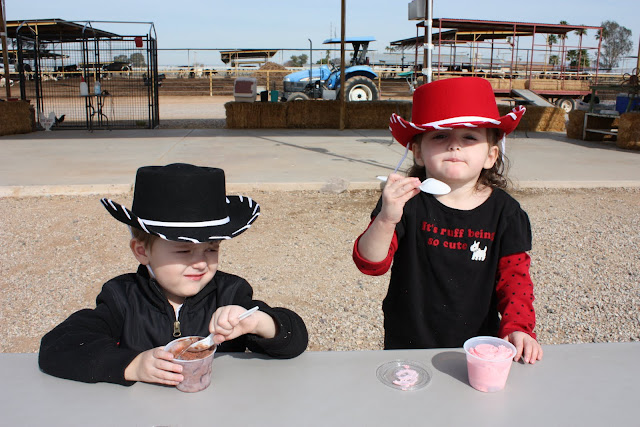 Enjoying the most delicious ice cream made from their cow's milk

I had the best Valentine's Day this year.  Dave and I went out Friday night to celebrate but we didn't get our babysitter until Thursday night.  I was calling around trying to find a steakhouse with an open reservation and they were all booked!  I was a little stressed about where we were going to eat until Dave called me Friday afternoon and said we had a reservation at 6 but wouldn't tell me where!    He did say though that it would be one for the record books and he was right!  We went to a restaurant called Mastro's and if you are a lover of steak and potatoes like me you have to go there!  It was hands down the best filet I have ever had and it's a good thing because it was also the most expensive!  It literally melted in my mouth!  Dave got the NY strip and we shared sauteed shrimp, lobster garlic mashed potatoes, and gorgonzola macaroni and cheese.  For dessert we got the creme brulee which was so good and also included an overflowing plate of whip cream  that was to die for!  It was all amazing!  The restaurant is kind of a dungeon though.  It is very nice but very dark and you even have to walk down to get to it, making me feel even more like I was in a dungeon.  Everyone was using their cell phones to read the menu and the servers carry flashlights with them.  Dave was definitely right though when he said it was one for the record books, it was definitely the best steak ever and also the most expensive dinner we've ever had!  I even saved the receipt to remember it!

Sunday was also a fun day with the kids and I tried to make it extra special for them.  Here are a few pictures from the day 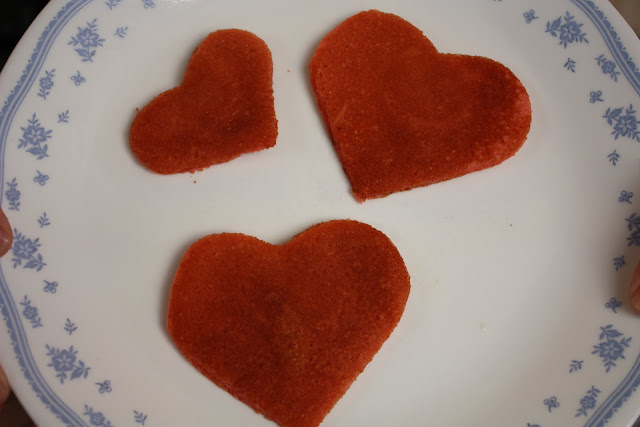 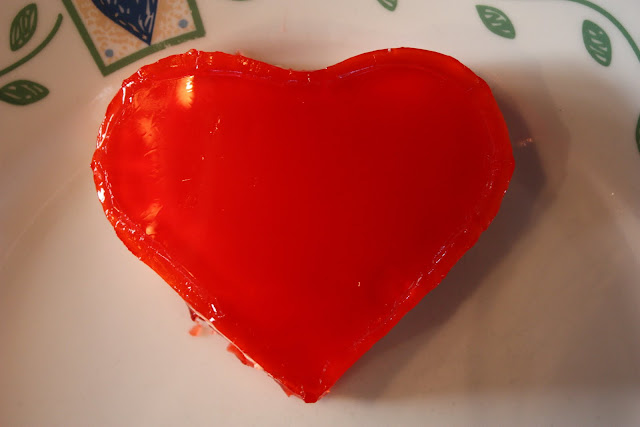 Layered heart jello as part of dinner.  We also had spaghetti and a fruit salad made with red fruits to keep with the red theme. 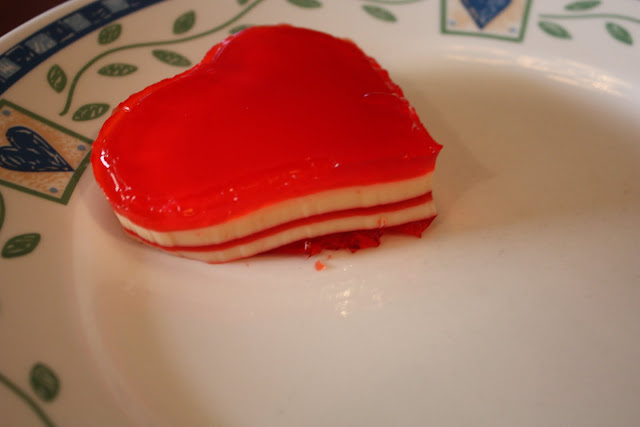 I wish this was a better picture but you get the idea! 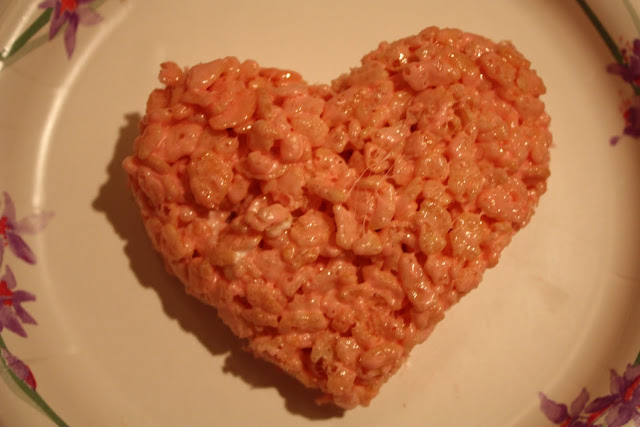 And for dessert we had pink heart shaped Rice Krispie treats.  Yum!
Too bad I didn't get any pictures of the kids from that day!  I guess I was having too much fun with the food!

My blog is under construction.  Please be patient while I try to figure out how to expand the margins so there isn't so much blank space!  And if you know how please help me!