Isabelle's One Year Check Up

Last Monday I took Isabelle to the doctor. He said she looks perfect and is right on track developmentally. I had to laugh when he asked if she was pulling herself up on things because she had passed that step long ago! I told him she had been walking for weeks and he laughed. Just today I noticed that she is practically running now! I always love seeing what percentage she falls into for height, weight, and head circumference. I was pleasantly surprised to find out she's not as chubby as I thought. She is 21 lbs which is only 50%. An interesting fact though, Justin only weighs 5 lbs. more than her and is a year and a half older! She was 29 1/2 inches which puts her in the 60th percentile for height and her head, following the Bradshaw tradition was the biggest at 70%. We're glad that she is so healthy and strong! Also, she finally has a tooth! Her front, bottom right tooth finally poked through a couple of days ago.

I wanted to post pictures that my friend Rachael has been taking for me since Isabelle was born. Rachael is so talented and I am so lucky to have a friend that is willing to take the time to work with my children to get the best shot of them. Here are some of my favorites: 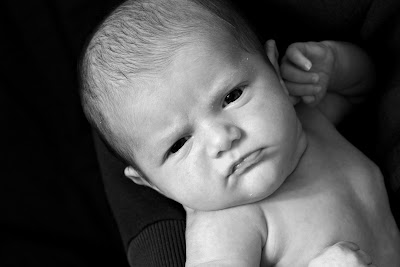 This was taken at 1 month. Can you believe the attitude already?! 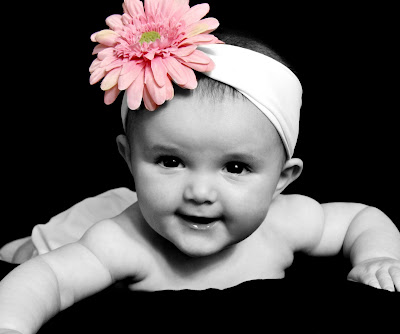 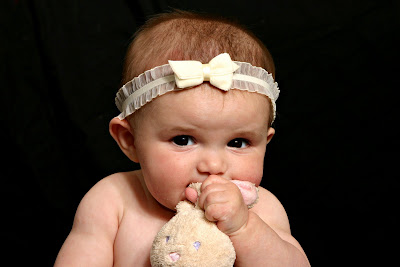 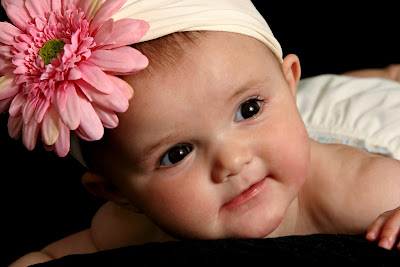 I love these pictures of her taken at 6 months! 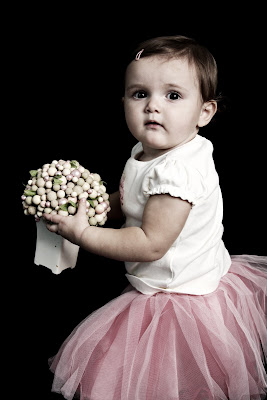 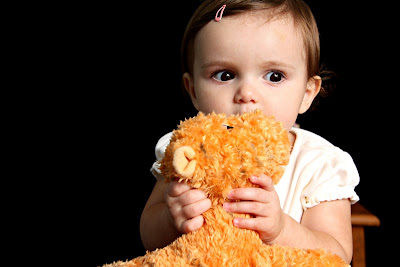 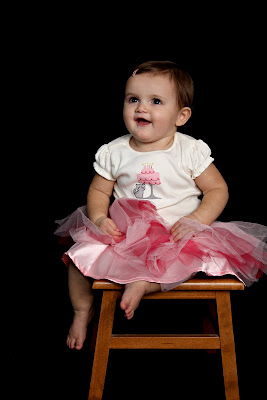 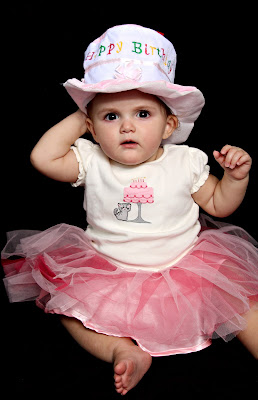 These four were taken last week when she turned one. It was so hard to make her hold still long enough to get a picture! I think they turned out really cute though! Thanks Rachael!

Umm... can I say Holy Cow??? How cute is she? Those are darling pictures. Thanks for inviting me to your blog and now making me want to get Addison's pictures taken all cute like that! AAA!

Oh she looks so soft and squishy in her 6 month photos. She is even more cuter in person! So glad we could meet up again!

she is adorable! I love the pic with the big flower on her head:) when we have kids some day you will have to recommend your photographer to us:)

Hey Jilynn, I'm glad you found me but I was already blog stalking you thru the Hansen's page. Surprise, we're gone and up in Montana. Love, love, love it. Keep in touch with me and if you ever find yourself driving North, feel free to visit. LOL

She's seriously too beautiful! You know i love her, yummy!....

Don't you hate it when you make someone dinner & they never return your dishes? So rude.

Thanks for saying such nice things :) The fact that Isabelle is truly adorable really helps!